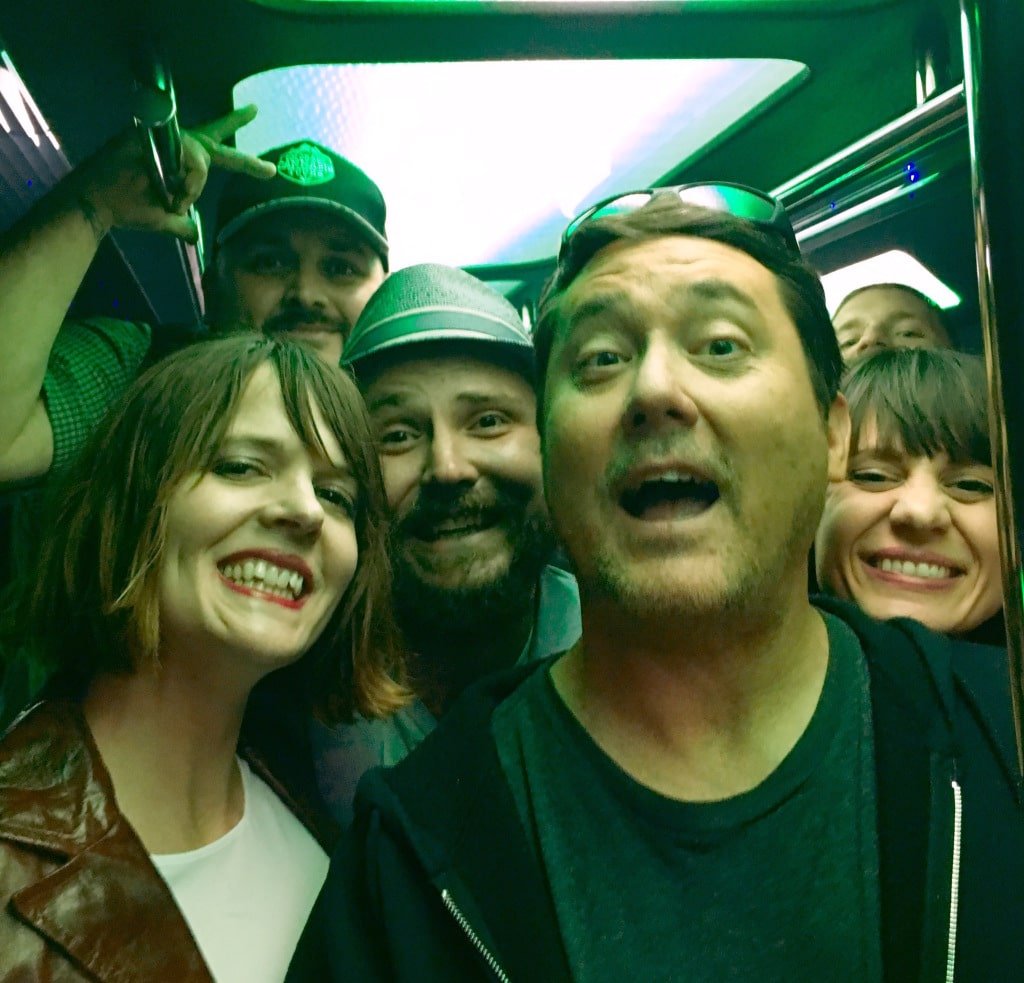 Doug Benson took the Getting Doug With High show on the road in May, and the first out-of-state show was filmed in Denver, CO. SexPot Comedy presented, and fans of the show turned out to pack the Oriental Theater.

Colorado Cannabis Tours booked marijuana-friendly lodging for Doug and his crew while they visited Denver, and also hosted Gabe the Magician on one of our tours. CCT provided the HotBox party bus for fans and VIP members of Doug’s show in front of the theater where patrons were able to utilize the party bus for private and lawful cannabis consumption before, during and after the show.  The HotBox is a mobile venue for cannabis available for shows and special events.

That night on the HotBox, I was standing in the aisle passing a bong around to some of the guests, when Doug came on board and started walking toward the back.

“Hi Doug. Are you high yet?” I asked as I held out the bong toward him.

“We need to fix that” I said as he took the bong from me.

“Indeed we do,” was his reply as he started to toke.

After taking a hit, he handed the bong back to me and made his way to the back of the bus where he greeted guests and continued to take people up on their offers of joints, dabs, hits from the double barrel Incredibowl. You can imagine it being a point of pride for any stoner to be able smoke out Doug Benson.

After speaking to everyone in the HotBox and signing autographs, Doug took the stage and started the show. He gave Colorado full credit for being a marijuana Mecca, and gave the Colorado Cannabis Tours HotBox a shout saying he had just come from our bus where he smoked around 20 joints and 2 dabs.  Still adjusting to the liberal atmosphere, he expressed doubt that boarding the HotBox and doing the show and  was “completely okay to do”.  In fact, when he was on the HotBox he told this privately to Mike Eymer, wondering if all of his would get him in trouble. Mike told him that at most he faced a $150 ticket for public consumption. Since he proceeded with the show exactly as planned, it seems he must have figured that the potential consequences were worth the risk.

Colorado Cannabis Tours was thrilled to be involved with the Getting Doug With High in Denver show. Doug, Gabe, the guests of the show, and the entire crew were incredibly friendly and approachable. For example, after the show they all got on the bus again to hang out with everyone, even though they didn’t have to.

When Gabe came on our tour, he was amazing. We got to spend all day with him showing him the best of the Colorado Cannabis scene, and giving him the ultimate Denver tour. Watch the show for the best trick Gabe has ever done.

The Getting Doug in Denver was filmed on May 9, 2016. It featured GDWH show veterans Kassem G, Todd Glass, Josh Blue & Geoff Tate.  Be sure to subscribe to the GDWH show on YouTube and ‘like’ it, as it helps to combat the trolls that try to flag it on YouTube.