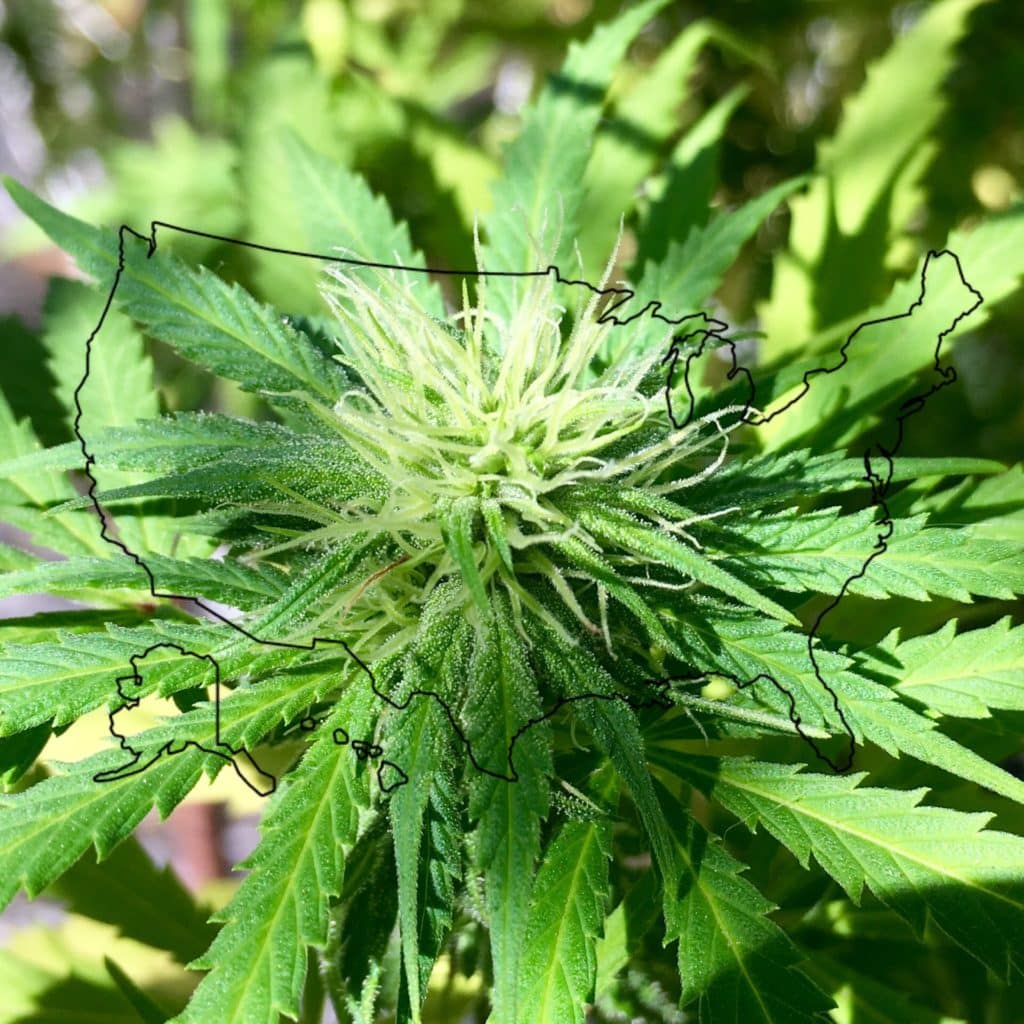 And Which States Aren’t Far Behind

This year is looking pretty good for cannabis. Voters being called to the polls this November will have several opportunities to push the legalization effort forward. In at least four states chances are fairly good that cannabis could be made fully legal for adult use and in six others the promised land is just on the other side of that horizon.

Let’s take a look at which state’s voting booths might smell a little extra skunky this year.

Arizona, though a medically legal state, it is still very much divided regarding the full legalization of cannabis. The initiative facing votes this year, Regulate Marijuana Like Alcohol (or Prop 205) is a great chance for cannabis advocates to stand up and make a difference.

California has had medical marijuana since 1996, yet somehow haven’t managed to take that relationship to the next level. The Adult Use of Marijuana Act (or Prop 64) has gained a ton of traction and hopes are high that California will finally legalize in 2016, a good 20 years after medical marijuana was officially introduced.

Maine is rocking the medical cannabis game – they even offer reciprocity to licensed med patients from other states. If you can believe it, there are even some cities IN Maine that have essentially legalized cannabis already, they just haven’t done so on a statewide level yet. While there were originally two initiatives fighting for legalization, the Campaign to Regulate Marijuana Like Alcohol ended their campaign in October 2015 to merge with the Marijuana Legalization Act. The Marijuana Legalization Act is now the state’s only legalization initiative and if the majority votes for it, it will make use cannabis legal for adults 21 and older.

Nevada went full steam ahead with medical cannabis legalization and now it is vying for legalization of cannabis in the state for adults. Period. More information about the Regulate Marijuana Like Alcohol Initiative is available on their website.

KEEP AN EYE ON

Although Connecticut legalized for medical marijuana legalization as recently as 2012, they could legalize fully in the near future. Legalization could have been possible through of one two efforts in 2015, but sessions were stalled and the legalization initiatives were not addressed. However, the state did add 3 additional dispensaries this year and increased the list of acceptable symptoms for a cannabis prescription by five including :

Delaware, while medically legal regarding cannabis, started slowly and hasn’t really picked up the pace. With only around 700 registered patients – and one dispensary for the entire state – Delaware is likely going to remain medically legal only, until someone puts up a fight otherwise. The Marijuana Policy Project has begun the fight, founding the Delaware Cannabis Policy Coalition in hopes that their efforts can bring sensible drug policies to the state.

Maryland is not expected to legalize this year, but it has made strides in recent years. Small amounts of cannabis have been decriminalized in the state but that is a far cry from cannabis being legal. The Maryland Cannabis Policy Coalition is planning for a strong 2017.

Michigan has a love hate relationship with cannabis. It has been medically legal in the state since 2008, but regulators have tread with unsure footing ever since. At one point, the powers that be even OUTLAWED medical dispensaries forcing business owners to close if they wanted to remain within the law.

This year, MI Legalize was able to collect above and beyond the required amount of signatures to get a legalization initiative on the ballot, but that was blocked when governing bodies stated that many of the signatures could not be verified due to having been collected outside of the allowed 180 day window of time. THE REALLY MESSED UP THING ABOUT IT? The 180 day window of time caveat was created AFTER the signatures had been turned in by MI Legalize. The group appealed to no avail. Next year, the group will need to keep on their toes (even more so if that is possible) to get the initiative on the ballot.

New York’s official medical program rolls out in January, with 5 licensed cultivators for the state. It is believed that full legalization efforts will rely heavily on the outcome of the first year or so of medical marijuana. The Marijuana Policy Project explains why legalization in full is not up for discussion any longer this year,

“Although many bills that would have improved New York’s medical marijuana program were introduced by Assemblyman Richard Gottfried and Senators Gustavo Rivera and Diane Savino in 2016, none of them passed. Most of them died in the Health Committee of the state Senate.”

Vermont came this close last year and ALMOST legalized, ALMOST. There WAS a bill, S.241, that had backup from 54% of Vermonters, it passed through the Senate successfully and then…the House kicked it to the curb. Although the bill did not pass this year, leaders of the House and Senate have agreed to come together to better research and understand the potentials of legal cannabis in their state.