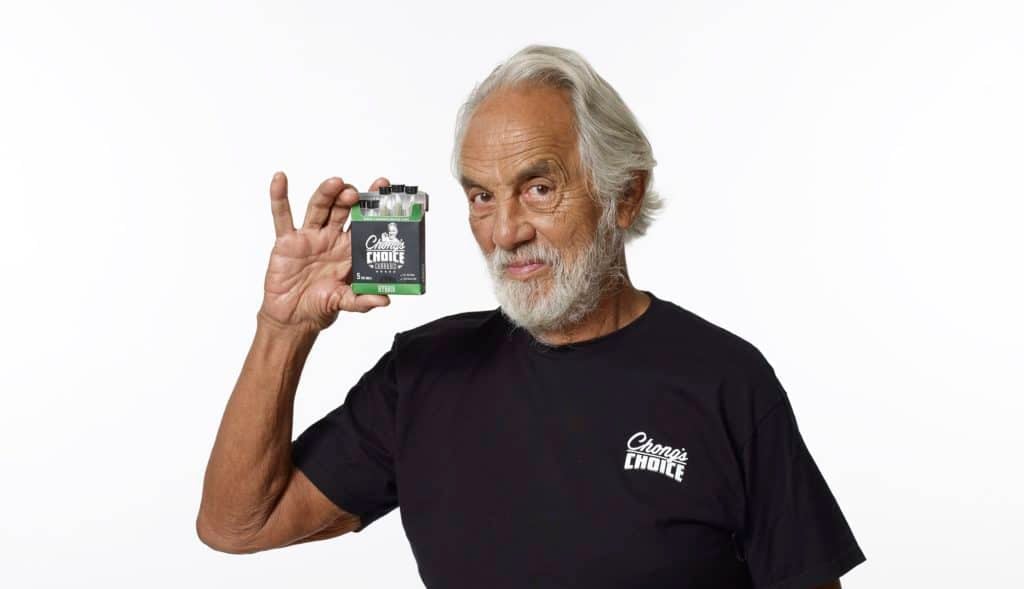 When you’re talking to one of the biggest figures in mainstream cannabis culture for your first celebrity interview, it can be a little intimidating. However, Tommy Chong is a class act, and has a knack for making most people feel welcome in his presence. I had this opportunity not only at the packed Chong’s Choice launch party in November, but also during our interview. Tommy shared with me his thoughts on many things from politics to the face of cannabis in years to come.

Tommy: Well, you know I mean it’s the whole world, not just the United States. It starts in California. You know, when California goes legal, like it has, it just sends a message around the world, you know, that you can have a product that was once demonized by the United States and now it’s going to be undemonized (sic), and it’s going to create a lot of things that the world needs you know like jobs and a nice peaceful attitude. Because what pot does is it works on the brain…and it makes the smart people smarter, and dumb people less dumber.”

This weed maestro certainly has a way with words. I couldn’t help but ask his thoughts about the party shift and the incoming president elect.

Question: How do you feel the upcoming administration is going to take on the burgeoning cannabis industry with it still being federally illegal? Do you think there will be a lot of pushback?

Tommy: Oh yeah, Trump has already embraced it. He already said it’s up to the states. Trump is a pragmatist, you know, as President Obama said, and so you know he’s not going to pick a fight with him. He’s not that stupid. He knows that most of his people were on cannabis when they voted for him.

Question: I do know it has been a question that I’ve gotten a lot, so I wanted to ask you about that.

Tommy: Well you know that’s the feared thing that the liberals…you know I was a liberal until he got elected. Then I saw through his lies. The thing everybody forgot is that Trump doesn’t lie out of habit. He lies purposely, you know? He’s a brander of being. You know you can brand good, and you can brand bad. You know, he can make you look good or he can make you look terrible. And that’s what he was doing, and he was showing the lies. That’s why the Republican Party put him down. The Republican party had a Trump thing going, and then he gets elected, and the Republicans are you know, jumping all over the place, so everyone’s thinking they got a Republican in the office, but they don’t. They have a maverick that is not afraid to lie, and I think it’s good. I really like it. I really like it because…the rest of the country is not going to just respect him, they are going to fear him. They are going to be afraid of what this guy will do, you know? And that’s helpful, you know, because when you have a…man like Obama in the White House, you admired him and you enjoyed him, and you listened to him, and you wondered about his great way of speaking, but you didn’t fear him, at all, you know. And that’s why, you know, Russia was just running all over the United States and every country. You know, and that’s what he was talking about the wall in Mexico. It was symbolic, but what it did, it shook everybody to the core, and especially the Mexicans that are here semi-legally you know. Now they have to get here legally, you know, purposely. And it’s not that they’ve anything against, you know, illegals and that, but that’s what the press and everybody wants to make it look like, you know. And his daughter, his daughter really said everything right. If you listen to her, and you play it back what she said, you know like all that sex stuff with Trump, she said that’s really not my father. That’s not him and that’s not the man I know. And that’s not the man that’s going to govern the United States either, you know. He’s going to shock the shit out of everybody. He is, because he’s a builder, you know. And builders need to build. And if anything America really needs its building. You know, we need bridges. We need railroads. We need all that stuff. And sure there’s going to be corruption, you know. There’s going to be cronyism, and all that stuff, but at least we are going to have a railroad or an airport at the end of the administration. You know all these other liberals, you know, they can’t point to one thing they built other than Obamacare and Trump is going to fix that, or the Republicans are. And believe me, he’s not stupid. He’s not going to mess with anything that works. You know he’s not a right wing Christian that believes in God…He’s the kind of guy to run up to a group of Christians and say ‘oh hey that’s the greatest book ever written, the Bible, next to mine’.” 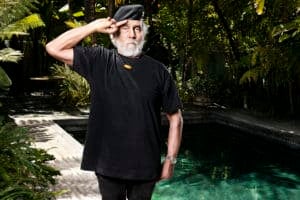 Tommy’s got a point about Trump and his probable Bible politics, but I’m still not thoroughly convinced on his confident point of view.

Tommy: I’m at odds with my family ya’ know. They are threatening to take away my Twitter ability because I was tweeting exactly what I thought, you know, that he’s going to surprise everybody. He surprises everybody now. Like everybody thinking that he’s going to pick the worst guy….you know what the key to what Trump said? He calls his followers ‘poorly educated.’ Thats a key because what’s the opposite of poorly educated? Educated. You know, and educated means that you studied the truth. You know, you can study lies, but you’re studying and you learn the truth about whatever you’re doing, you know, whether it’s music, or building, or architecture or politics. And so I’m a born again Trump head.The thing about Trump is what happened when he got elected, the Apprentice got picked up for four years. That’s really what happened. And if you look at his show, it’s about assigning people tasks, and then if they don’t do the tasks they get fired. Doesn’t that sound like the president?”

I see his point, but have a hard time believing a reality TV star is fit to lead one of the most powerful countries in the world. However, his persuasiveness has me partially convinced that this guy might be more fit for the job than we know.

Tommy: “Yeah, yeah, of course he is. Just watch when he walks in the board room, you know, he comes in there like he’s the president! The only thing is they don’t rise, but now, they will….He doesn’t need to campaign anymore. He’s won it.”

As the discussion made its way back to cannabis culture, being someone who had used cannabis medicinally, I asked if Tommy thought it important to continue to seek out consistently-dosed cannabis or if there was still no better medicine than an old fashioned doobie?

“Well it depends on the person. Like if you’re a little child with epilepsy, you can’t smoke a doob. The methods, that’s what they are looking at. When I was being treated for cancer, you know, I told all the oncologists and the workers that I’m using cannabis. But they couldn’t help me because they had nothing on the books to show you how to use it, or what to use, or how much to use, and so on. So I just worked on talking to people that had had success with it in the past. But now we are getting to a point where all the research is going to be done, all the techniques are going to be approved, and the world is going to…if nothing else, nothing’s going to change but everybody’s attitudes. And that’s a big change. Instead of closing time fights at the bar because drunks are too stupid to go home, they are going to have the bar closing early, and people getting up earlier, and you know….I think it will be a win win no matter how you look at it,”  Tommy said. 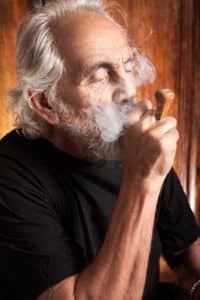 Back to the Future

Last, but not least, I wanted the cannabis guru’s insights into the future. I asked him where he saw the cannabis industry five years from now.

“Five years goes by real fast. so I would say I think there’s going to be some big, big announcements in the medical field and they’re going to be groundbreaking to the point where whoever does it is going to be looking at the Nobel Peace Prize because I really believe this, and I’ve said it many times that cannabis is going to save the world in many ways. I’m going to share certain ideas through my art on how to attack certain problems we have, homelessness, and you know the problems facing us. And I’ll smoke some really good Chong’s Choice, and come up with some solutions that I can’t divulge until they get going.”

Those are some wise words for taking in these fast-changing times in cannabis and politics. Tommy Chong stands to better society whether it be through quality cannabis, or through his artistic articulation of cannabis culture.