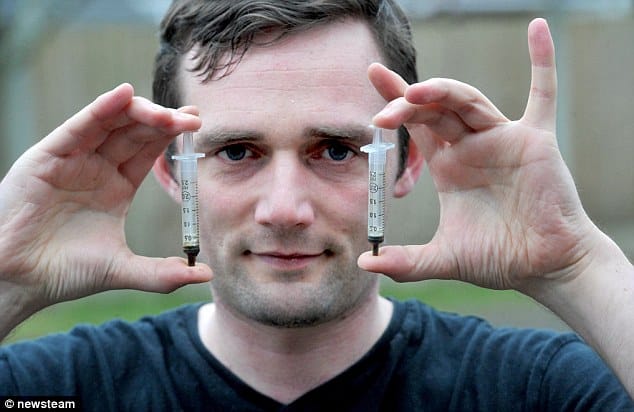 He Had Nothing To Lose

Cannabis Oil Brought Him Back

When David Hibbitt, 32, was diagnosed with stage 3 colon cancer his heart dropped. The expectation for his outcome was grim. The doctors gave him a mere 18 months to live. He decided to fight it.

Hibbit did what many do, and quickly adopted the chemotherapy and radiation protocol.  But it didn’t take long for his body to deteriorate.  Hibbitt realized pretty quickly that if the cancer wasn’t going to kill him, the cancer treatment would. He felt as though death was imminent.

Which is when David Hibbitt began to heed some loving advice. Friends and co-workers had been mentioning to him for some time to try cannabis oil. They’d heard and seen and read about it helping other people with cancer and wanted Hibbitt to give it a go.

Now, he uses one gram of cannabis oil per month – and has felt and seen a significant impact on his health and wellbeing. After nixing chemo and treating with cannabis oil, he not only felt like a different person, but he is now cancer free. Really.

Watch the video below to get a closer look at David Hibbitt.