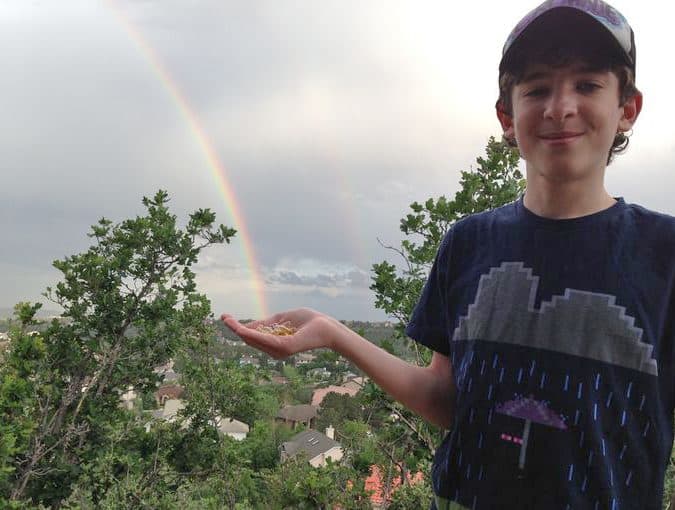 Crohn’s and Cannabis – The Hows and Whys

With each day, the public becomes more aware of cannabis’s potential for treating a number of ailments: chronic pain, cancer, AIDS, and even debilitating seizure disorders.

The media has, however, ignored one particular disease that responds incredibly well to marijuana. Crohn’s disease, an inflammation of the digestive system that can cause painful swelling in the intestines, stomach, skin, or eyes, has proven insanely difficult to control with conventional medicines. As the disease progresses, patients may lose control of their bowels, suffer from perpetual nausea, or become crippled with pain.

Doctors often recommend surgery to remove inflamed portions of the intestines, leaving patients to rely on colostomy bags to survive. Steroid therapies help with controlling inflammation, but overuse can cause serious complications. Some pharmaceuticals prescribed for Crohn’s, such as Humira, can cause cancers like leukemia.

But as the medical literature shows, we’re discovering that cannabis may be one of the only reliable, relatively non-toxic, non-invasive treatments for Crohn’s.

What the Science Says

Research shows that cannabis works for controlling the symptoms of Crohn’s. It doesn’t work for every patient, but anywhere between 45 to 90 percent of patients respond well to cannabis. In many cases, cannabis may even trigger a full remission of the disease, as if the patient were never even sick.

One of the most well-known studies concerning Crohn’s and cannabis was published in 2013. The study employed smoked cannabis, and nearly half of the subjects saw complete remission of their Crohn’s. However, there’s some evidence that, although smoking cannabis may help with Crohn’s, it may not be the most effective route of administration.

Cannabis oils, especially those higher in CBD, may be the best option for Crohn’s patients. That’s because ingesting cannabis oil directly targets the digestive system, where most of the inflammation occurs. Coltyn Turner, a teenager in Colorado who treats his Crohn’s exclusively with cannabis oil, has gone this route.

How It (Probably) Works

Until we get more research, we can’t pin down the exact mechanisms at work. However, we do know that cannabis has powerful anti-inflammatory properties, which may tune down the immune response that contributes to Crohn’s. Cannabinoids also regulate the microorganism environment of the gut, resulting in less inflammation and fewer cases of stomach upset, too.

Cannabinoids lock into CB1 and CB2 receptors. Not every cell in the human body has CB receptors, but every cell type does. That’s because CB receptors and their cohort endocannabinoid system is necessary for complex organ systems to communicate with one another. Researchers believe there may be as many as five kinds of cannabinoid receptors spread throughout the human body, but these two have been studied the most.

CB1 receptors are found throughout the nervous system, with the highest concentrations along the spinal cord and within the brain. Interaction with the CB1 receptors is probably what causes the reduction in pain sensations and nausea.

CB2 receptors, on the other hand, are found only on immune cells. When phytocannabinoids such as THC or CBD lock into CB2 receptors, we see a drop in inflammation.

Consult a doctor before embarking on cannabinoid-based treatments for Crohn’s. However, in legal states like Colorado, adults 21 and over can simply walk into a pot shop and try cannabis for themselves.

Assuming, of course, they haven’t already tried it.