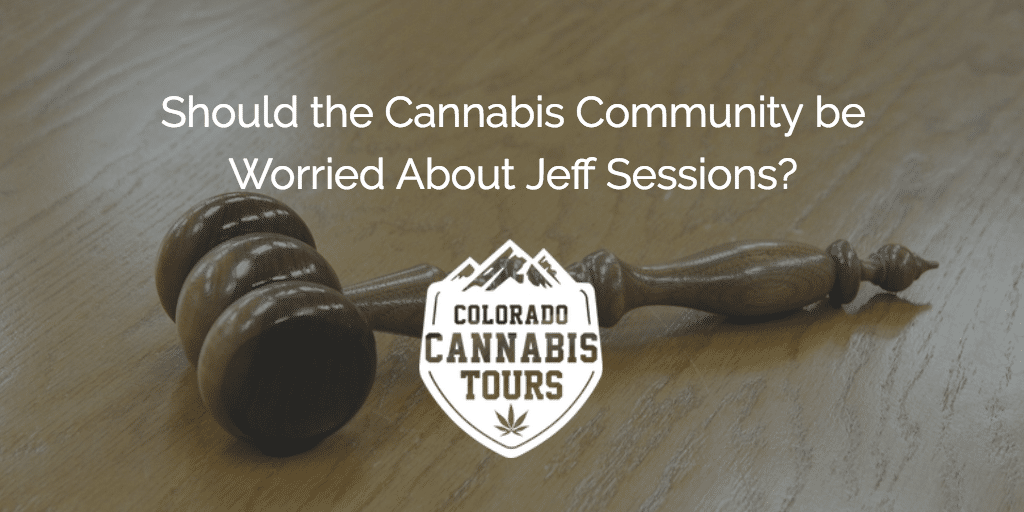 President Elect Trump made a decisive choice for his attorney general, GOP from Alabama, Jeff Sessions. Yet. What is not so decisive, were the questions Jeff Session received about cannabis, during his confirmation hearing yesterday.

It is well known that Jeff Sessions isn’t best friends with cannabis. In fact. He is famously quoted for saying that good people don’t smoke marijuana.

Another famous quote from Jeff Sessions is, “We need grownups in Washington to say marijuana is not the kind of thing that ought to be legalized, it ought not to be minimized, that it is in fact a very real danger.”

These quotes are, indeed, quite startling.

During the confirmation hearing, he was asked a handful of direct questions and didn’t provide any safety or reassurance as to which direction he was going to take.

Is he going to leave the states to regulate their own laws, as they are already currently doing? Or. Is he going to take a HARD stance and interfere with the cannabis legalization already in place, at the state level?

Jeff Sessions answered his questions, about cannabis, like a “typical” politician.

While he received direct questions, the answers he gave, were vague and noncommittal.

When directly asked, by Senator Patrick Leahy, if he would use department resources to investigate and prosecute “sick people” using cannabis in compliance with state medical cannabis laws, he went on to say, “I won’t commit to never enforcing federal law.” Then adding, “but absolutely, it’s a problem of resources for the federal government.”

While this is “a” answer, it is definitely NOT an answer. We have no idea what he is thinking or is planning to do when he takes office in the coming weeks.

What does it mean for the cannabis industry?

Will he take a wrecking ball and demolish the state legal cannabis community?

No matter what Jeff Sessions ends up “thinking” about doing, we “technically” don’t have to specifically worry about the attorney general. It’s not up to the attorney general what the laws are to be. His job, is to enforce the laws that the president decides is fair and just.

At any point in time, the president can step in and essentially make any decision he want to about cannabis legalization. One thing we can be confident about is Jeff Sessions ultimately has to listen to the president. He can’t go out on his own limb and make decisions on his own.

How do we know we don’t have to worry about Jeff Sessions’ direct thoughts?

In a Fox News interview with, Sean Spicer, Trump’s pick for White House press secretary, he was quoted saying the following:

“When you come into a Trump administration, it’s the Trump agenda that you are implementing, not your own, and I think that Senator Sessions is well aware of that.”

While we don’t have to worry, specifically about Jeff Sessions, we do have to be mindful of how Trump ultimately feels about the cannabis industry.

What we can be fairly certain about is how Trump has spoken about cannabis in the past. In the past he has shown quite a favorable view about the states who already have medical or recreational laws in place.

In my personal opinion, I think we can ultimately feel safe and confident that the future president will do the right thing and legalize it outright. Just as gay marriage was, spontaneously, made federally legal in all 50 states, seemingly out of nowhere. It is my personal belief and prediction that this is what will happen with cannabis legalization at the federal level.

Why do I believe this could be a reality?

One basic reason is that Trump is ultimately a business man. Bottom line. He talks non stop about making good deals. Good deals are exactly what the business world is all about. He is a businessman, who has went onto make a good handful of very successful businesses that have profited him in the billions of dollars. Since he is a billionaire, there is no doubt in my mind that he doesn’t see how the cannabis industry will also be a multi billion dollar industry.

These billions of dollars either will go into the hands of the black market or in the hand of honest people who want to do right by the legal system.

Being a businessman is all about making good deals, solving problems, and providing situations where everyone will win.

If Trump decided to shut down the entire cannabis industry he would be putting 122,814 people out of a job.

My confidence in his ability to act as a businessman is what I believe this country needs. What better way to pull America out of TRILLIONS of dollars worth of debt? By not outright legalizing cannabis, at the federal level, I believe he will be hurting many many people in this country. It will not be a win win situation if he doesn’t legalize it completely. To not legalize is would be making a BAD business decision.

Interestingly, when Obama was coming into office, he directly said he would legalize marijuana. My question is. What happened to that!?

I wonder if the position of the president isn’t being controlled by a higher authority. Are presidents used as a “distraction” to keep the masses focused on what they are saying and doing, all the while the “real” controllers are doing whatever they want? Are the masses really getting what they want? Or. Are we being deceived by a very elaborate control grid?

Since more than half of American’s want some form of legalization, it would be truly criminal to crack down on legalization. Especially in states that have already legalized it.

Is there a way to stop the federal government from overthrowing state control?

Technically. The current federals laws, on the books, clearly states that cannabis is illegal.

Even though there are states who have legalized cannabis, does that mean the federal government has to honor and respect the will of the state laws?

More than half of the population wants legalization, is that enough to keep the federal government from hitting the state laws with a giant hammer?

As was previously quoted, by Jeff Session, if the budget allows for it, he will do what he can.

Thankfully it isn’t up to Jeff Sessions, what will ultimately happen.

I believe we have a president coming into office who will do the right thing, see the multi billion dollar potential, and outright legalize it at the federal level.