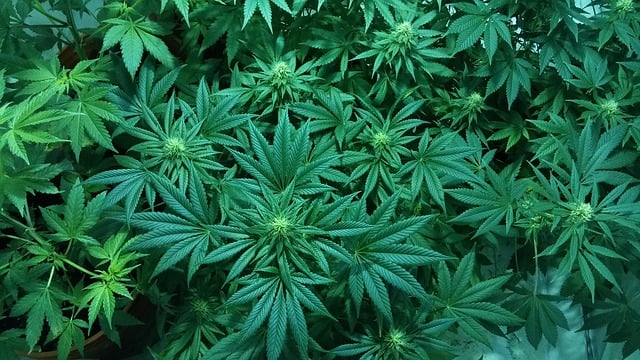 2017 is coming to a close and there are more than a handful of states that currently allow for the legal purchase and consumption of recreational marijuana, and even more on board for medical marijuana. But now that the elections are over for 2016, the focus is on, what’s next.

We saw states like Massachusetts and Maine vote for the end of marijuana prohibition, in 2016, and now many of their neighbors are poised to follow. From Vermont to Rhode Island the Eastern seaboard is not taking legal marijuana lightly.

Maryland- In 2014, Maryland passed a law allowing for the medicinal use of marijuana, which was a victory! But now speculations are pointing to all out legalization of marijuana, including recreational usage. With the support of 61% of voters, according to a Washington Post poll in 2016, recreational marijuana has a good chance of passing during the next vote.

While medical marijuana has been a little bit slow moving with getting started, supporters are hoping that with the addition of recreational usage, things would start to move more quickly. Thus far, 15 preliminary licenses to grow, 15 licenses to process marijuana, and 102 approvals to companies have been granted.

Verdict: Look for recreational marijuana on the ballot in 2018 for Maryland!

Rhode Island- This tiny state has a big taste for marijuana. At only 1,212 square miles, the smallest state also had the highest rate of cannabis consumption in 2014 and 2015. With well over 50% of public support in most polls, it seems like a no-brainer that the ocean state could be next to legalize recreational marijuana.

Most recently in 2015, a bill supporting the cause failed to pass. But, after the 2016 election and the win in Massachusetts, Rhode Island’s governor has vowed to take a stronger look at the issue. Since neighboring Massachusetts will be selling legal recreational weed to adults 21 and over, there is a good chance that RI will miss out on revenue and tax money from the cause.

Verdict: Even if the cause is fueled by tax incentives, it is likely to be pushed through to a vote in 2018.

In the middle of America people love their weed just as much as anywhere else. With strong support in even some of the more religious states, cannabis is becoming a more talked about subject throughout the Midwest. There are already a handful of states allowing for medicinal usage of cannabis, but who will be next with recreational use?

Michigan- One of the more liberal states in the Midwest, Michigan has allowed for medical use of marijuana since 2008. Even more recently, cannabis has been decriminalized in the state. With progressive towns like Ann Arbor and Keego Harbor leading the way allowing for the use of recreational marijuana, with little or no consequence, it isn’t hard to see Michigan enacting legal recreational marijuana very soon.

Currently supporters are collecting signatures for the matter to be put on the ballot in 2018. They will need 250,000 signatures for the case to even be taken up by the state, but that’s not out of the question! In a recent poll 57% of voters are looking to pass a law legalizing the recreational use of marijuana.

Verdict: While still in the early stages, the movement to legalize recreational marijuana is stronger than ever. With support and signatures, it very well could come up in the 2018 election.

Missouri- While currently both medical and recreational use of marijuana is illegal in Missouri, steps are being taken to change that. Signatures are being gathered by multiple groups to get marijuana on the ballot in 2018. A solid effort was made for the 2016 election, but was not enough to make it to a vote. Decriminalization of marijuana was however voted through in 2016, and put into place in January 2017. This step in the right direction is a reminder to supporters that legal marijuana is not too far out.

Verdict: 2018 is a possibility for at least medical marijuana and hopefully recreational won’t be far behind.

Updates on the Most Recent Recreational Marijuana States Massachusetts- In 2016 Massachusetts joined the likes of Alaska, California, and Nevada in legalizing the recreational use and sale of marijuana for adults 21 and older. Although this landmark bill passed the public vote there have been a few hiccups since the election. For starters, the governor has signed a bill pushing back opening of recreational dispensaries 6 months. This in turn takes the ability to purchase legally into 2018. There has also been push back from the governor pertaining to the Cannabis Control Commission which is imperative for the budding legal recreational market. For now, sales are scheduled to start in July of 2018 and include taxes from the state, local precinct, and an across the board marijuana tax as well.

California- California has been on the forefront of marijuana use for years. They were the first state to legalize marijuana for medical use in 1996. And even before that it was decriminalized in the state in 1973. But, the biggest win for cannabis enthusiasts in the golden state came at the end of 2016 when it was voted legal for recreational use. Since the vote passed adults 21 and older have been legally allowed to be gifted marijuana or seeds. The big changes will come in 2018 when dispensaries can sell to adults.

For now, you can enjoy marijuana in your private residence, that has been gifted to you of course. Regulations are being formed currently for the new market and are likely to be finalized by the end of the year.

Alaska- Although it is the largest state in the union, it is also one of the least populated. Nonetheless in 2014 Alaska passed a law allowing for the use and sale of recreational marijuana. Measure 2 not only allows for the use of recreational marijuana, but also allows for marijuana cafes. This is a unique to Alaska option, which is hoping to draw in tourism. Since shops have setup for sales legally in 2016 there have been a handful of dispensaries put in place, and more on the way.