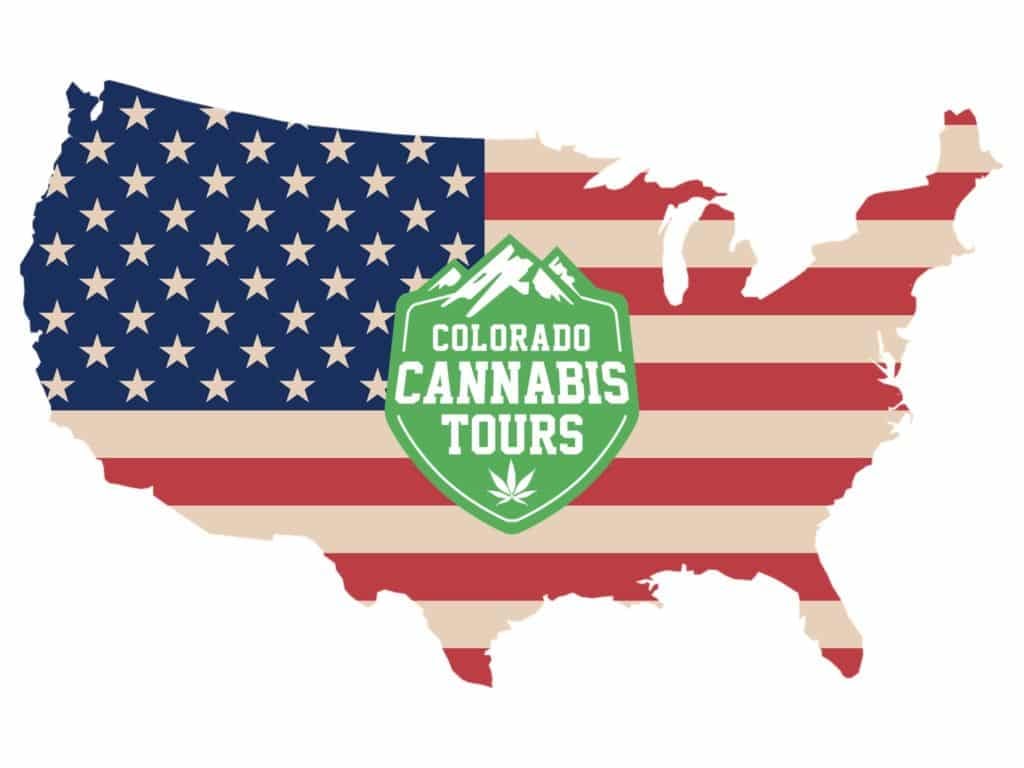 Here’s how and when you can use recreational cannabis in these four states.

In the 2016 election cycle, four more states legalized recreational cannabis. California, Nevada, Massachusetts and Maine now join the ranks of legal cannabis in the United States. With recreational laws already passed in Alaska, Washington, Colorado, and Oregon, and dozens of states providing medical marijuana programs, over half the country now has some form of cannabis reform in place. To everyone’s amazement, prohibition is crumbling right before our very eyes.

Because of this, many states eventually roll out an “early sales” program to allow existing medical dispensaries to sell limited cannabis products to new recreational users. This allows locals and visitors to purchase cannabis through registered medical dispensaries, instead of the black market, during the time it takes for the state’s retail recreational cannabis sales to take full effect.

As recreational cannabis lingo goes, as states first legalize recreational cannabis use, the government is most concerned with how you obtain your cannabis and how much any one person can possess, or how much a single residence can contain. Generally, as long as everyone stays within the limits, people can gift cannabis to each other so long as no money or financial consideration is negotiated or exchanged.

Here’s a rundown of the new initiatives passed in each state, how they differ, how to obtain cannabis in each state, and when exactly certain aspects take effect.

California’s recreational cannabis program is now known as the “Adult Use of Marijuana Act” or AUMA. Effective immediately, statewide, Californians 21 and older can now possess up to one ounce of dry cannabis or eight grams of concentrate, and cultivate up to six plants per residence for personal use. At this time, no distinction has been made as to how these limits apply to cannabis edibles.

AUMA will be in full effect on January 1st 2018, when the first recreational licenses will be issued to retail businesses. Until then, people will have to source their cannabis through California’s medical marijuana program, or privately.

California has the oldest and most lenient medical marijuana program in the country. It’s quite easy to obtain a medical marijuana card in California by visiting one of the states many medical marijuana doctors. The process can even be completed online in a matter of minutes and generally costs less than a hundred dollars. Even so, state initiatives will likely institute an early sales program allowing existing medical dispensaries to sell to recreational customers long before January 2018.

Although it’s written that the current personal possession limit of cannabis concentrates is eight grams, the legislation later imposes a penalty for possessing more than four grams. This discrepancy will likely be amended in further hearings.

AUMA legislation also provides the ability to rewrite criminal penalty legalese to reduce most common cannabis felonies to misdemeanors. It will also allow prior offenders to petition for a reduction in their charges.

At this time public consumption by both smoking and ingesting cannabis remains illegal in California and must take place on private property. Although the AUMA will eventually allow for licensed on-site consumption.

Nevada’s new recreational cannabis laws allow adults 21 and older to possess up to one ounce of cannabis flower or one-eighth ounce of cannabis concentrate, and cultivate up to six plants per person, twelve plants total per residence, for personal use. This begins January 1st 2017.

Licensed recreational retailers aren’t expected to come online until sometime in 2018, but the taxation department is expected to begin issuing temporary licenses to existing medical marijuana dispensaries for early sales by the summer of 2017. Until then, people will have to source their cannabis through Nevada’s medical marijuana program, or privately

Nevada’s medical marijuana program began in 2000, but it took until July 2015 for the first dispensary to open. There is no age limit placed on obtaining a medical marijuana card in Nevada, although the process is lengthy and costs several hundred dollars to complete. The program is open only to Nevada residents and culminates in a background check by the DMV.

Under the new Nevada rules, local governments are not allowed to ban recreational cannabis outright, but will be able to create distinct zoning rules for local cannabis businesses.

Effective December 15th 2016, Massachusetts’ new recreational cannabis law allows adults 21 and older to possess one ounce of cannabis in public and up to 10 ounces of cannabis at home. Residents can cultivate up to six plants per person and twelve plants per residence. The first recreational cannabis retail licenses will take effect on January 1st 2018. Until then, cannabis must be obtained privately or through the state’s medical marijuana program.

Massachusetts’ medical marijuana program is still young and currently there are only a small number of medical dispensaries licensed to operate across the state. Only residents with a doctor’s recommendation may apply for a medical card. Residents with qualifying conditions can often complete the process within a few weeks or months for several hundred dollars.

Public consumption remains illegal and must take place on private property. However, the new initiative is set up to provision for cafes and other public consumption businesses in the future.

Maine’s recreational cannabis initiative was approved according to the first count of election results, but opponents are likely seeking a recount. The new legalization rules will take effect 30 days after Maine’s governor proclaims the official results.

Maine’s bill allows the possession, use, and transfer without monetary compensation, of two and a half ounces of cannabis, including concentrates, by adults 21 years of age or older. Adults may also cultivate six mature flowering cannabis plants per person and possess all the cannabis produced by those plants. Cultivation can take place at a person’s residence or another designated residence so long as the plants are out of sight of the public and properly labelled. The law also allows for the possession of 12 immature “starter” cannabis plants and unlimited seedlings.

Public consumption remains illegal wherever tobacco consumption is currently prohibited in the state. This means cannabis consumption must take place in non-public spaces or at a private residence.

Until retail recreational sales begin, one must either obtain cannabis through the state’s medical marijuana program or privately. Obtaining a medical marijuana recommendation in Maine is relatively easy. Assuming one has a Maine ID, one can visit a state certified medical marijuana doctor or clinic. Once a recommendation is given, the patient chooses a dispensary and an application is submitted to the Maine Department of Health and Human Service for approval. The process can take approximately 30 days to a few months and typically costs several hundred dollars.