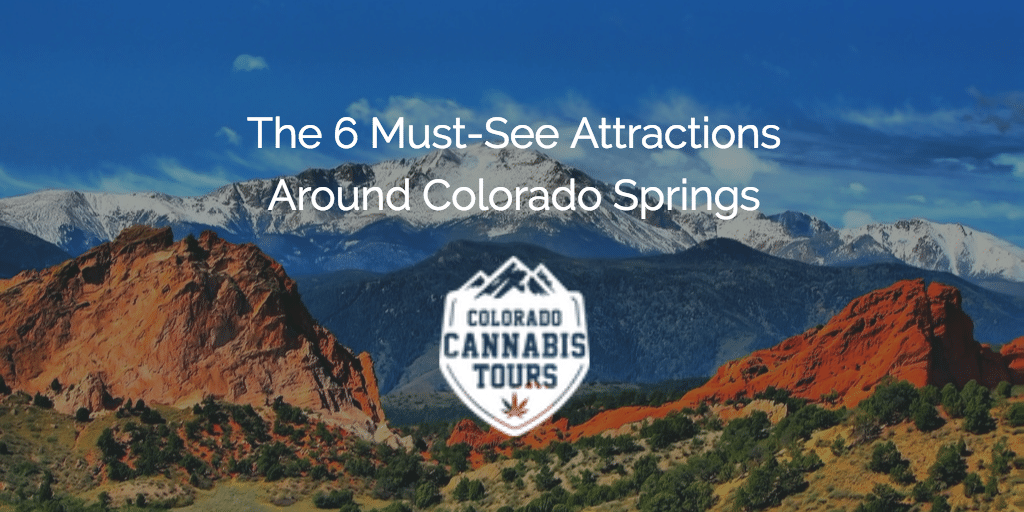 The most visible and looming attraction in Colorado Springs is Pikes Peak, one of the tallest peaks along the Rocky Mountains. Visitors can choose from three options to get to the top: they can hike it (an all-day affair), drive on the mountain’s winding road (about an hour-long trip), or they can take the Cog Railway in Manitou Springs.

At the top of Pikes Peak, visitors can pop in to the visitor’s center. From the outside, the view is breathtaking, especially at the backside of the peak where the Rockies appear rather sublime and alien compared to the side facing the Springs. Five states are visible from the peak, and the city of Denver looks as if it were just a stone’s throw away.

Garden of the Gods

A park with prehistoric rock formations jutting out of the earth at all angles, Garden of the Gods has inspired writers, artists, musicians, athletes, and photographers for centuries. Roads lead throughout the park, with multiple pull-off sites to take pictures or even start a hike. Licensed climbers may scale up to landmarks like Kissing Camels, though every visitor should swing by Balancing Rock before heading out.

Gold Camp Road was paved across the mountains, ultimately leading into the Rockies for camping, fishing, hiking, and more. Over the years, it’s become Colorado Springs’ “lover’s lane,” as it overlooks the entire city from an elevated vantage point. During the day, viewers can see far off into the distance, beyond the city limits and into the empty Colorado prairies. At night, Gold Camp reveals a Springs that resembles a sea of gold lights. If you’re into spooky stuff, supposedly the road is haunted, too.

Located near the town of Calhoun, about 30 minutes east of Colorado Springs, sit the Painted Mines. This rock formation is composed of smooth sandstone shapes of varying colors, resembling a light coat of rainbow over the rocks. Feel free to climb around the formations, or explore the cavernous pockets hidden throughout the park.

If you do hit up the Painted Mines, be sure to bring your own drinks and snacks. There’s no visitors center there like you’d find at most other parks in the Springs.

If you’re in decent shape, consider conquering the Incline. Originally a path for traintracks, the Incline has since been refurbished into a hiking trail with steps going up the mountain for over an entire mile. Making the journey from base to top feels a lot like climbing to the top of a temple to meet a wise old monk. After hitting the top, be sure to take Barr Trail on the way back down.

Although water falls can be found all throughout the Cheyenne Mountain area, Seven Falls is the most spectacular water fall system in the area. There’s a fee for admittance, but the sheer size of Seven Falls is enough to make anyone marvel at its sight. If you make a night visit, a multicolored array of lights illuminates the falls, creating a surreal landscape of mountain and rushing water.