If you subscribe to a particular religion, whether Abrahamic or otherwise, you may have questioned whether cannabis use is acceptable or offensive. You may have even asked if it was – gasp – sinful.

Before we delve into this, I should stress that any person’s religious beliefs are their own. Their relationship to their god, gods, or higher principles is between them, their community, and their deity. Spiritual leaders can provide guidance here, but not every devoted soul blindly follows their leaders.

In the end, it really boils down to what you believe. What follows, then, isn’t to tell you what to believe, but rather to highlight that the divide between cannabis and religion isn’t so clear cut. In many cases, religion and cannabis go hand-in-hand.

Cannabis wasn’t always prohibited. In fact, for the vast majority of human history, cannabis was mainstream. It was an essential component of religious rituals, iconographies, mythologies, and even pharmacopeias. For thousands of years, it was treated as any other agricultural crop and as a medicinal herb. There’ve been blips here and there where cannabis use or cultivation was restricted – and sometimes temporarily banned – but people always came back around to it. Ah, Judaism, the root of the Abrahamic religions (which includes Christianity and Islam). The Torah is one of the most important books in world history, as it not only acts as the central tome of Judaism, but it also composes half of the Christian Bible (aka “The Old Testament”) and is considered a sacred text among Muslims.

So what does the Jewish faith say about cannabis use?

The Torah makes a broad reference to all “seed-bearing herbs” in Genesis. God gave all of these “seed-bearing” and “fruit bearing” plants for humans to use. Cannabis is an herb that bears seeds. The Lord Himself said we can use these plants as food. Clear-cut case, yeah?

Many rabbis, from today to years past, have stated that cannabis use is banned under Judaism. These reasons range from protecting the body from harm to preserving the intellect, and it’s that last one that has a particular punch. Jewish people are supposed to keep a clear mind when they’re studying the Torah, which means no intoxicants of any kind. But the issue gets complicated when we’re discussing, say, pharmaceutical drugs, which can intoxicate the patient while simultaneously treating some medical problem. Medical use of intoxicants is generally okay under the more restrictive interpretations of Judaism.

You may have heard about kannah bosem, too. Kannah bosem was used to infuse oils that could anoint followers or heal the sick. Sound familiar? The verdict is still out on that one, but one popular theory is that the Torah’s reference to kannah bosem is none other than cannabis.

But don’t get too excited about that kannah bosem thing. Other scholars have proposed alternative herbs to cannabis for that one, such as calamus.

In modern times, the nation of Israel – the official Jewish state – has a government-sanctioned medical cannabis program, considered the most advanced in the world. Israel’s government is miles ahead of most others: their reserve soldiers are allowed to use cannabis to control symptoms of PTSD. Additionally, much of the research we have regarding medical cannabis comes from none other than Dr. Raphael Mechoulam, the discoverer of THC. Mechoulam does his research at the University of Tel Aviv.

And last but not least, there is such a thing as kosher cannabis. This cannabis is cultivated and packaged according to kosher principles. That kosher weed even exists tells us there’s Jewish folks smoking up. 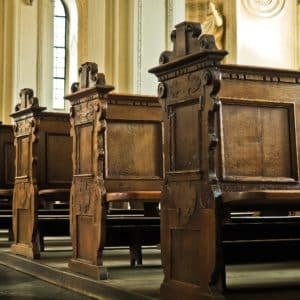 Christianity evolved from Judaic traditions. As such, half of Christianity’s Holy Bible, as noted earlier, comes directly from the Torah. The last half, which is all about Jesus, is specific to Christianity.

Alas, Christ said nothing about cannabis use. Neither did his apostles. Like the Torah, we have some broad references to herbs and salves, but nothing specific to cannabis. (Though Paul did say Christians should abstain from eating meat and drinking wine, so… there’s that.) And with the kanneh bosem thing, there’s some scholars who believe Christ’s anointing oil was made with none other than good ol’ weed juice.

Today, some of the most vocal opponents against cannabis use are conservative Christian leaders. They may cite the verse where one should “treat their body as a temple,” but this assumes cannabis is harmful to our health. As Americans become more educated on cannabis’s health benefits, and as more of us let go of old prohibitionist propaganda, that may change.

On the flip side, there’s plenty of Christians who’re just fine with cannabis, too. Some Christian churches respect its use, and one group of Catholic nuns have devoted themselves to cultivating medical cannabis. The Rastafarians, a Jamaican off-shoot of Christianity, considers marijuana a holy sacrament. 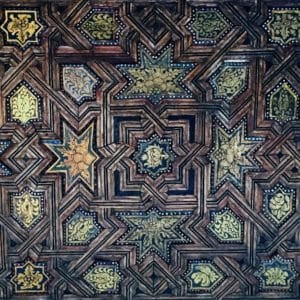 The Sufi sect brought hemp and cannabis to the Middle East back in the 8th century. Sufis believed cannabis could elevate the senses and the spirit, and they’re credited with starting Islam’s pot culture. Throughout the so-called “medieval ages,” European nobles often imported Arab doctors, which were considered the best in the world. And those Arab doctors often employed cannabis and hemp medicines to their patients.

Like Judaism and Israel, we can get some idea of Islam’s positions regarding cannabis from their governments.

Take Lebanon. Lebanon is a tiny country nestled between Syria and Israel. They have a fairly unique constitution, too: one of their nation’s leaders must be a Muslim, and another must be a Christian. This was done to minimize religious conflict in the country.

Lebanon is also world famous for its “Lebanon Red” hashish. In fact, before Colorado became the cannabis capital of the world, Lebanon held that title. Not the Netherlands. Not Uruguay. But Lebanon.

However, Lebanon stands as one of the most westernized, progressive nations in the Middle East. Other Islamic countries won’t think twice about imprisoning someone for cannabis. Saudi Arabia’s been known to execute hash dealers. Egypt has vacillated back-and-forth between extreme prohibition and apathetic acceptance.

But what does the Quran actually say about toking?

Surprise: it says nothing in particular. However, based on certain verses in the Quran, as well as the hadiths (sayings attributed to Mohammed), the official stance is that Islam bans the use of all intoxicants, including cannabis.

Medical use of an intoxicant is permitted, so long as it’s only for medical use. Let me start this one by saying Hinduism is one of the few surviving religions that not only started the whole “using cannabis in religion” thing – they’re still doing it.

In India, the home of Hinduism, there’s this drink called bhang. It’s a mixture of heat-activated hash mixed in with milk, spices, and sugar. You can only buy bhang in specially licensed stores, but it’s totally legal, and even kids are allowed to drink it. That’s because bhang is a religious item necessary for certain ceremonies and celebrations.

Hinduism has many gods (who are really part of one unifying principle), but the one god most closely associated with cannabis is Shiva/Kali. Those bhang rituals are Shiva’s. But Hindus don’t have to just drink bhang; they can smoke or eat ganja and charas, too.

Technically, Hindus are supposed to consume cannabis only for medical or spiritual reasons, but the line between “recreational use” and “spiritual use” is pretty fuzzy when one is always supposed to be meditating on one’s own existence.

There’s been some backlash against cannabis in India from conservative and liberal Hindus alike, but most of this backlash stems from political conflicts or misunderstandings of cannabis’s (exaggerated) dangers. Buddhism was born in India. Then it spread throughout Asia. It influenced European and American philosophers, from Schopenhauer and Nietzsche, to Emerson and Thoreau. Today, it’s one of the fastest growing religions in the United States.

But are Buddhists okay with cannabis?

There’s nothing in any of the Buddhist scriptures, sutras, or other texts that specifically bans cannabis. Historical records show Tibetan Buddhists used cannabis (and possibly Datura) in their rituals. There are, however, plenty of warnings against intoxicants, because intoxication indulges the ego, and that will always lead to suffering.

However, Buddhism also stresses moderation. Being too restrictive of one’s habits to the point of asceticism is its own version of ego indulgence, and Buddha wasn’t about that, either. Because of this, some Buddhists will advise against cannabis use because it can be easy to overindulge. But other Buddhists view cannabis not only as a healing plant, but also as an aid for meditation.

As the saying goes: “All good things in moderation.” 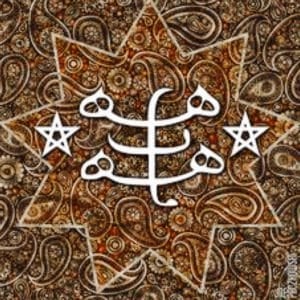 Baha’i is a relatively new kid on the block. It started in the 1800s in Persia, a place where all of the world’s major religions were present and had some influence on daily life. Baha’i kind of took the best parts of these religions and combined them into a new way of revering God.

Like many of the other religions listed here, the Baha’i faith bans all intoxicants. That even includes alcohol and tobacco. Intoxicating substances are only permitted for medical use.

But while we’re on this topic of “medical use,” I feel it’s important to mention this….

Where’s the Line Between Recreational and Medical Use?

Stress is one of the major indicators of chronic medical problems. Obesity, heart disease, cancer, arthritis – these are just a few of the biggest health culprits that are caused by constant, chronic stress.

I’m not a doctor, so this most certainly is not a medical prescription. But if responsible cannabis use isn’t dangerous for the average person, then moderate use to relieve stress can most certainly be thought of as medical use.

The science tells us that cannabis can alleviate anxiety and depression. Cannabis can curb aggression. It can also instill a mild sense of euphoria. All of these traits of cannabis are the same ones we see in many psychiatric pharmaceuticals, but with none of the more adverse effects (severe addiction, serotonin/dopamine syndromes, etc.).

Now, I’m not suggesting that we argue “all use is medical” as a way to sidestep religious bans. But casual cannabis use can provide some incredible quality of life to people who aren’t finding relief in just a good diet and exercise. Sometimes we need one good puff of our favorite strain to unwind from a stressful day.