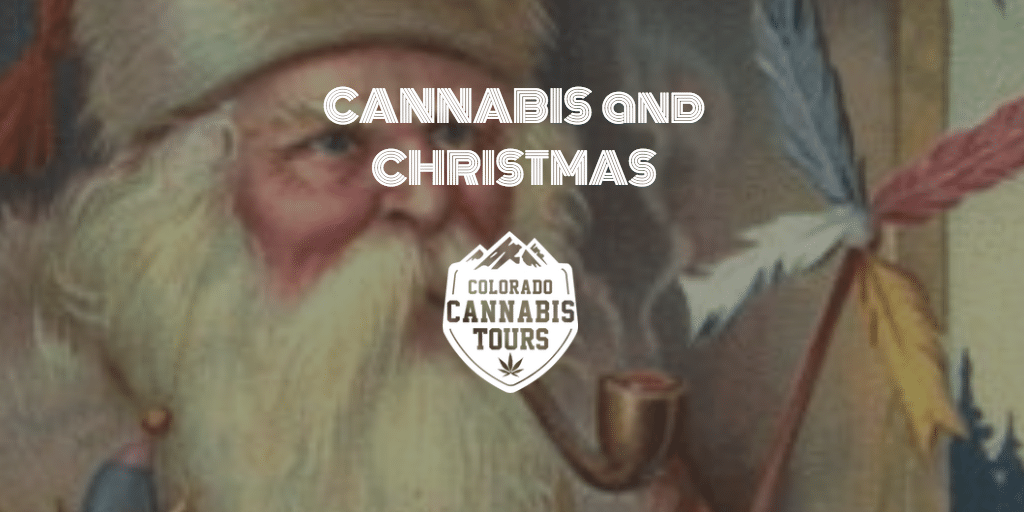 When we think of Christmas, we tend to think of pine trees, snowflakes, and candy canes. Although cannabis enthusiasts may partake during the holiday season, associating pot with the yule isn’t something we typically do.

Oddly enough, given cannabis’s widespread use, it often intersects with Christmas festivities – sometimes in surprising, touching, and even laughable ways.

This particular phenomenon of covert holiday farming seems to pop up every year: someone gets the bright idea of dressing up a massive cannabis plant with Christmas decorations, but eventually the cops sniff it out and make a bust. From the news reports, this has happened, in various parts around the world, from the US to the UK to Chile to Germany, at least twice in 2010, again in 2014, and in 2016.

A word to these would-be yuletide farmers: you aren’t fooling anybody. Just because we may refer to buds as “trees” doesn’t mean that should be taken literally.

Holiday Joints for the Homeless

Last year, Nick Dicenzo of the non-profit organization Cannabis Can, handed out free pre-rolled joints to homeless folks in downtown Denver. The charitable event handed out a grand total of 1,000 joints, hopefully bringing some merriment to some of Colorado’s most downtrodden.

And in case you’re wondering, this is 100 percent legal. Colorado allows private citizens to “donate” small amounts of marijuana to adults 21 and over, so long as there’s no exchange of cash.

The Gift That Keeps on Giving

It’s probably not a huge shock to anyone that the winter holidays are one of the busiest for Colorado’s cannabis industry. The only other time of the year that’s as busy is the summer, when tourists flood in from all over the world to do things like, well, hit up a cannabis tour.

Every December since 2014, Colorado has seen a massive spike in weed sales. That includes this year, too. Although there’s no data available regarding why this spike occurs, we can assume that some of these purchases are gifts. The other purchases may just be mental crutches so folks can tolerate their whacky relatives during the holiday season.

This Christmas Marks a Milestone

Although Washington and Colorado have enjoyed legal cannabis for the past few years, a slew of new legal states will finally get the same joy this Christmas.

In Massachusetts, which approved recreational cannabis last November, Dec. 15 marks the first day any adult 21 and over can possess up to an ounce.

In Alaska, this December saw the state’s first adult-use cannabis shop clear all regulatory hurdles prior to opening, even though the state approved recreational cannabis all the way back in 2014.

This December will also see the Texas senate mull over a medical marijuana bill, which has a good chance of becoming a reality sometime next year. Medical marijuana in Texas is no small feat, either, as it’s the second largest state in the US.

And last but not least, all the way in Canada, Montreal just opened its first recreational pot shops – despite not being approved by the Canadian government. A bit of civil disobedience for the holidays, but it’s interesting to see where Montreal’s events will end up.

All-in-all, celebrate this season safely and responsibly. And most important of all, stay warm and jovial!