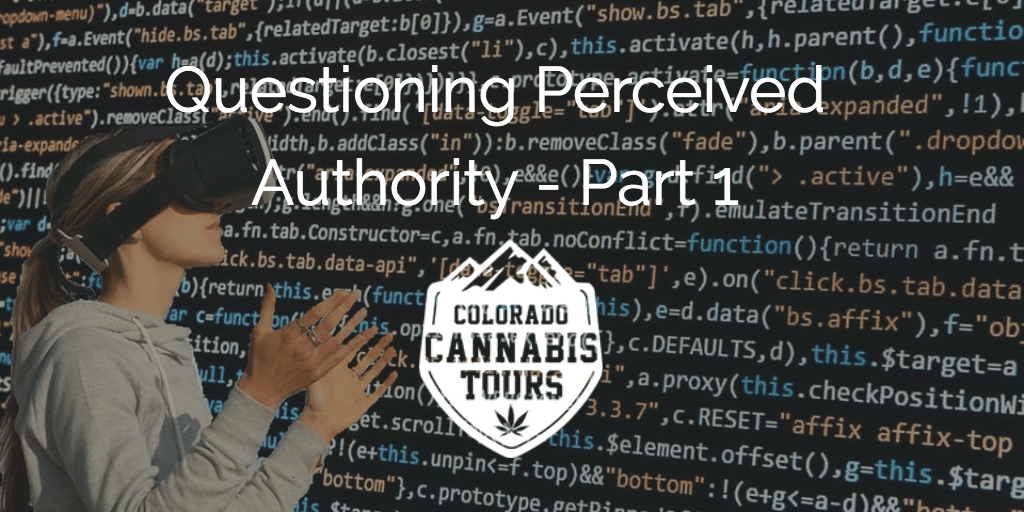 The following articles involves a series of questions. These are questions that don’t necessarily have a “correct” or “single” answer to them.

The answer to these questions are essentially answered within the very asking of the question.

Why ask these questions? Why question authority? Why challenge the status quo? Why even question at all?

By asking these questions, the way I will be asking them, is to attempt to paint a bright picture of what is really going on in modern day society.

What is really going on that even needs a picture to be painted?

The images and pictures I’ll be painting will be the beginnings of the attempts to tell the tale of the ENTIRE “real life” story that encompasses the modern day issues surrounding the cannabis sativa plant.

We are living in an age where deception is happening around us, all the time.

What is true, who do we listen to and how do we know we are listening to the right people?

There are groups of people, with high level degrees and authority, saying many many things, both good and bad, about cannabis.

If you are involved in the cannabis industry, and you LOVE cannabis, you may have come across people who still think cannabis is bad. These people you may have come across might be family members, people who are close to you or even acquaintances. Just by being in the cannabis community and have people close to you, it is almost inevitable that you will have certain groups of people, at one point or another, show concern, to you, over your cannabis use.

What is dangerous about their concern is exactly why we will be going on a journey in asking the proper questions, to the alleged authority figures, who are involved in our lives. These authority figures may or may not have control over our immediate lives, however, there is and probably always will be, a certain level of control over this cannabis plant because of the power contained within.

These people who show proactive concern about your cannabis use, are, in fact, the people we should be most concerned about.

While the intention behind the concern, may or may not, have its heart in the right place, the information, the concerned individual is “hurting” over, is missing the mark. ENTIRELY!

As we dig deep into the questions, that keep on questioning, I want you to keep in mind the person, or groups of people, who have their minds locked behind bars and are on the wrong side of history.

These questions are meant to help guide you, to help guide those, who have their minds shackled by the evil controllers. I’ll be asking powerful questions that will help release the chains, of the minds of those with good intentions, who only want to do good things. But for now, these evil controllers, are a real force, us good people of the world have to deal with.

As Bob Marley elegantly puts it, you can’t win the revolution with war. If you choose to fight you’ll always have to go fight again.

The question is. How do we win, without fighting? And the answer is, through consistent precise questioning.

We will win by questioning “perceived” authority, until there are no more questions fogging the truth.

We will ask one elegant question, after the other, until the minds of the good people, who make up the majority of the population, realize that we have been lied to.

Once unlocking the minds of the good people who have good intentions, we will be setting ourselves on a course to correct the mishandlings of the irresponsibility of the authority of the past.

In my four part series, Cosmic Cannabis Culture, we discussed, in depth, how to discern between good and evil.

For those who have been apart of the “system” for a very long time, may have an increasingly hard time unplugging their minds from the control matrix.

The forces who control the schools don’t want us to learn, let alone use critical thought. They want us to read, but just barely. They want us to have knowledge, but not the right kind of knowledge that empowers us to create and live life to the absolute fullest.

Why do these controllers want us to just “barely” get by, utilizing bare minimum capabilities of our true selves?

The answer is more simple than the, in depth logic, that backs up the answer. Simply put. The authoritative controllers want the masses to stay “small” because “they” don’t want competition.

The very reason why the top 1%, of the top 1%, “elite” class members are the top 0.01% is because they don’t have competition! Nobody is really at that HIGH enough level to even begin to think, perceive and imagine at that SUPER high level of thought and creative ability.

Why don’t they have competition and why aren’t very many people at that high level in society?

Simply because of precise and accurate information about who you are as a person, and the actual power you, as an individual, truly have.

Why is imagination more powerful than knowledge and why is it the most powerful force in the universe?

To answer this question, will take several more than a blog series to give a proper, full and in depth answer. However. I will try to sum it up as quickly as I can.

In Questioning Perceived Authority Part 2 I will be answering this question, in depth, as to why, specifically, the imagination is more powerful and important that knowledge.

Knowledge is only potential power. What you do with knowledge, is the real power.

This is a hint, as to how “they” give the masses false information to powerfully lead them off course, in a LARGE way.