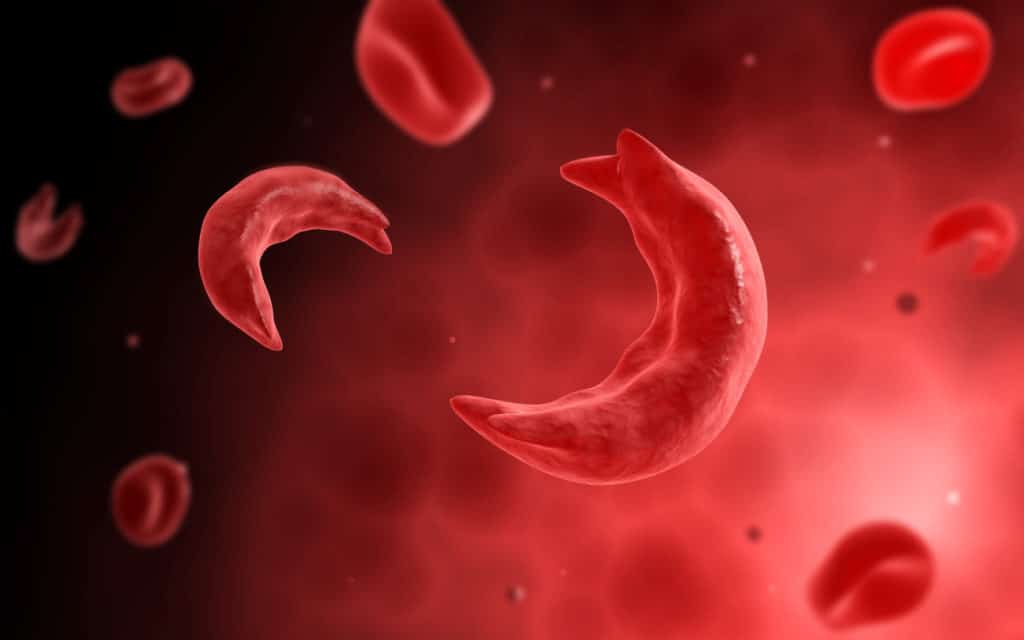 It first begins with a tingling sensation, sometimes in my hands, sometimes in my ankles. I never know which body part will be targeted. The tingling eventually builds into a pain that literally leaves me sick to my stomach. And finally…I have no choice but to curl up into a fetal position until it subsides. Sometimes relief can come in minutes…other times, the crisis can last for hours.

Sound dramatic? Yes…I know. But this what it’s like to live with sickle cell anemia.

People who suffer from sickle cell disease have to deal with a lot of pain. Patients with sickle cell have crescent shaped blood cells, compared to disc shaped blood cells in people without the condition. These cells block blood flow, which causes pain, fatigue, and organ damage. These period of intense pain are commonly known as a “sickle cell crisis.” Most will describe crisis pain as feeling like nails poking their entire body. I’ve always said it literally feels like little tiny people live within my bones and are repeatedly stabbing me with tiny knives. It just plain sucks, for lack of better word.

Doctors usually prescribe opiate-based pain killers such as morphine. For years, this was my physician’s drug of choice. But these medications come with side effects including respiratory issues, damage to organs, and addiction — to name a few. And for years I walked around numb, challenged with whether to medicate myself into a zombie-like state, or take the risk of yet another visit to the emergency room; sometimes making the mistake of “waiting it out” and hoping the crisis would pass.

I can’t remember the exact year, but one day I overhead Montel Williams on a talk show discussing his use of marijuana to help alleviate symptoms caused by multiple sclerosis. It was literally the first time I ever thought about or even considered marijuana in a medicinal context. It was then my journey to managing my condition AND functioning truly began. During this time, conversations around marijuana were not that commonly hear of. At least not in my circle of friends…or family. Yes, it was one of those “activities” people enjoyed socially on occasion, but not anything anyone would make public.

So when I first started experimenting with medicating with cannabis, researching information was a challenge, to say the least. This was pre-Google and pre-Internet. So I ran to the library and tried to find anything I could on marijuana and the medicinal effects. Montel Williams also became my medical marijuana hero as I tuned in to anything I could find with him speaking on the topic.

Gradually, I noticed I began to rely less on the synthetic drugs which were also pretty rough on my stomach. I also noticed that I was no longer in a constant state of discomfort. I had grown so accustomed to being sore (even when not it crisis), that it was a regular state of being for me. Cannabis began to relieve this existence. I also found the calming effects of cannabis in general. I was a newspaper reporter at the time, deadlines were very stressful and I grew tired of popping pills to get through the day.

I am not a physician and in no way is this a recommendation for any sickle cell patient to disregard doctor’s orders. But I like to call upon anyone who suffers from chronic pain to do their own research. This is what worked for me. It has not, by any means, cured my sickle cell. But It has greatly improved my quality of life by leaps and bounds. I spent a good part of my 30s in and out of the hospital, including undergoing three blood transfusions and periods of limited mobility. I still have what I call my “mini-moments.” But what was once a monthly crisis back then is a rare occurrence. Ironically, these moments come when I go without medicating for lengthy periods. So I literally now treat cannabis as anyone else with a prescription.

When the day came that medical marijuana was legalized, it was almost like being reborn. I now had access to specific strains, including CBDs, tinctures and other forms of cannabis. I have found a way to incorporate various forms depending on how I am feeling, including incorporating flower into my food.

Over the years I have learned how to fine tune what form of ingestion works best for me, as well as my dosage. Today, I am happy to be able to enjoy my marketing position in the medical marijuana industry and proving naysayers wrong! Marijuana indeed DOES work. I am living proof!