Necessity is the mother of invention

And this 4/20 Colorado Cannabis Tours is the inventor

This year the High Times Cannabis Cup moved the regularly scheduled 4/20 event in Denver, Colorado to California. This might have left a massive hole in the plans of thousands of tourists heading to Denver for the High Holidaze.

But with the help of Dixie Elixirs, the official sponsors for Colorado Cannabis Week 2016, Michael Eymer and Heidi Keyes have it all under control. They’ve added a gang of extras to their events including a 420 friendly Stoner Cinema on April 17 featuring The Big Lebowski and much more for just $25.

Other additions to the regularly scheduled offerings include:

The team at CCT is ready to chat with you online from 9 am – 9 pm to answer your questions about our events and offerings. Or give us a call at 303-420-TOUR. We will help you make this Colorado Cannabis Week the very best you’ve had yet!

P.S. – The Cannabist has a list of things going on which we think you should check it out here.

HELL NO! WE…don’t know where to go.

A Case for Vapor Lounges.

I  I just read an article in The Cannabist by Ed Murrieta—- about places to go vaporize pot in San Francisco, California. There were at least five places in the city where a person can either purchase cannabis and use it in their lounge or just show up with their own herb and use it on site.

They are called  “Vapor Lounges” and you have to be a state resident and a medical patient to use them in California. They are in Canada too, it’s not a new concept really. And I’m really starting to wonder…what gives Denver?

We are clearly leading the pack when it comes to laying the groundwork for marijuana’s reintroduction to the market as a legal and recreational product – why are we still behaving as though it needs to be consumed only behind dark curtains or in basements?

Denver area residents and tourists alike need a safe legal place to consume cannabis.  In truth, Colorado as a whole needs it. When you make a substance legal without providing a legal way to consume that substance – you are asking for illegal activities. It is a gaping hole in the cannabis policy in Colorado and it needs to be rectified. 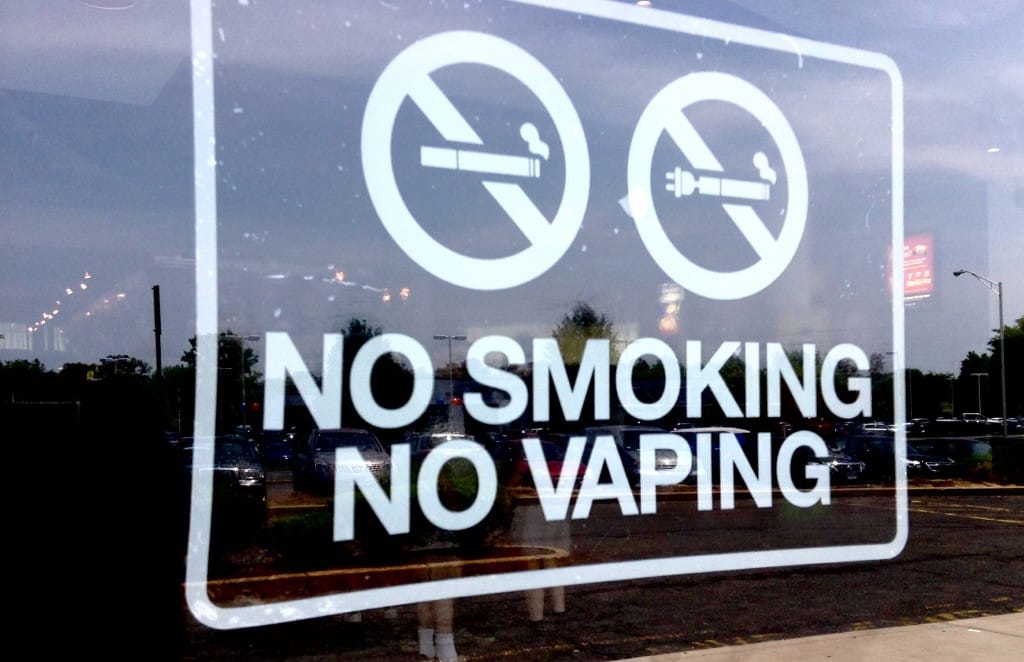 In early March I finally saw an article I’d been waiting to see for some time. One that really spoke to my point of view on a particular subject. And there it was, on cannabis centric media website Civilized, In Defense of Joints: 7 Reasons Vaping Won’t Replace Smoking.

I was ecstatic -no -beyond thrilled to see this article. Because while I know vaping is generally accepted as the safest way ingest cannabis, I do NOT think it will wipe out the decades – no – centuries old tradition of smoking a fatty. It just will not happen.

John Wenzel of The Cannabist put it in his own words in an article published in 2014 entitled Why Vaping Is The Dumbest Thing Ever. In it, Wenzel laments on how the word itself, “vape” irritates him and mentions that the high is not nearly as powerful as when one smokes the herb. I tend to agree. Though I also realize cannabis is very much a “To Each Their Own” kind of situation, I just know what I prefer.

Here are our 3 favorites of the 7 reasons Civilized (and I ) think that vaping will NOT replace smoking.

Vape pens aren’t cheap. Oil cartridges aren’t cheap. And who knows what the hell they are mixing with it to keep it all runny and viscous like that.  Just sayin. Flower is much less expensive and papers or a sturdy pipe are  both budget buys.

Rolling a joint is not something everyone can do, but for those who can the ritual is a much appreciated moment in the day. Whether it takes you 1 minutes or 10, each step of the rolling process is a chance to take a break out of the day and relax.

“Rolling a joint engages all five senses: from the smell of ground herb, to its sensation between your fingers, to the the crinkle of the paper and flick of the lighter, to the taste of the green as you inhale, it’s a full-body experience. That’s what makes marijuana so enticing – that sense of generous indulgence.”